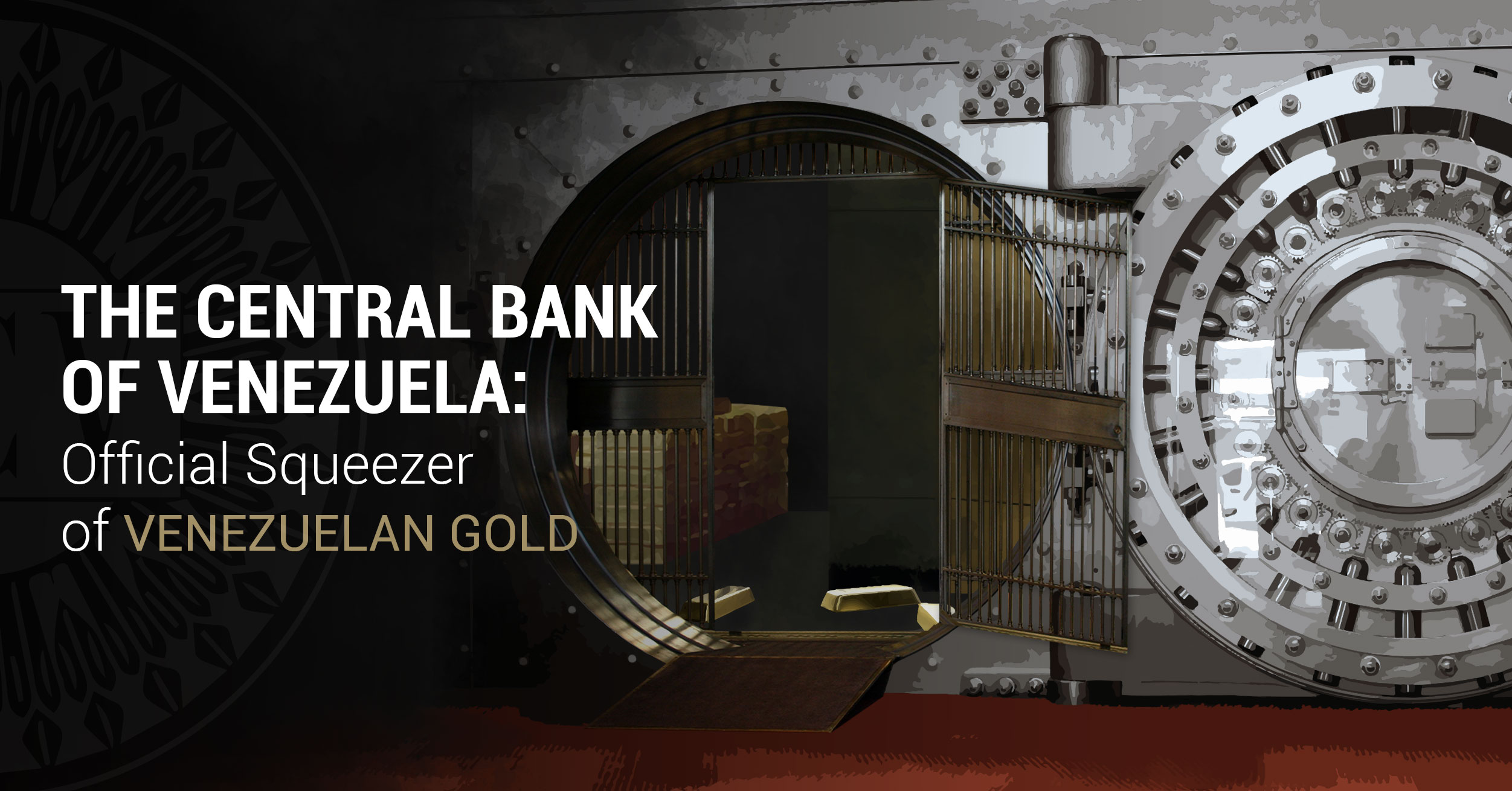 Venezuelan gold is not only smuggled through trafficking routes. Sometimes it just walks out of the bank.

By using its powers for gold trade and as custodian of foreign-exchange reserves, the Central Bank of Venezuela (BCV) has been dilapidating the country’s resources which have reached an all-time low amidst an environment of financial draught and hyperinflation.

Until 2013, Venezuela was among the first 30 countries in the world with the greatest reserves of monetary gold. However, in a matter of five years these reserves have been evaporating. This is largely in part to the BCV’s lack of solid management. Controlled by public servants who are loyal to Nicolás Maduro, this formerly autonomous institution has become the axis of an ecosystem of alleged money laundering, sanctions and million-dollar business deals which have also included gold resources extracted from the controversial Orinoco Mining Arc.

This report by Runrun.es in alliance with Connectas and the International Center for Journalists (ICFJ) reveals the BCV’s ploys to obtain alternate resources and gain liquid assets after the dismantling of Venezuela’s main resource: the oil industry.